Three Tips for a New Journey

Just a few days ago I was hustling through Pearson International Airport, passing all the restaurants and overpriced gift shops to Delta Airlines flight 8617. As I handed over my boarding pass, it hit me: these were the last steps I would take in Canada for almost six months.

My name’s Cormac, I’m a third year journalism student here at Ryerson and am studying abroad this semester at Hogeschool Utrecht in the Netherlands. For the next few months, I’ll be chronicling my time on this blog as I study, live and travel in Europe.

On the plane I sat beside a man named Ron. He must have been 65, and was on the first of two connecting flights to Spain where he was planning to live and play golf for three months. As we got to know each other during the seven hour flight, Ron reminded me of three important things to keep in mind when beginning a new adventure like university – whether it’s a train ride away or across the globe:

Embrace New Friends
Ron was leaving everything he knew to go to Spain. He doesn’t know anybody in Spain. He barely knows what the house he’s staying in looks like. But, he knew he would be meeting other golfers, and that was exciting enough for him to pack up and leave his friends and family for three months. Coming to university alone can be daunting. But remember, everyone else there is as nervous and alone as you are, and unlike Drake, they’re looking for a new friend. Don’t be afraid to introduce yourself to people. Ryerson also has an abundance of student groups and course unions – a sure fire way to make friends.

Embrace Foreign Situations
As the food cart approached us on the plane, Ron was excited. All he had eaten in the past few hours were Werther’s (which he claimed to have eight pounds of in his luggage) and could almost taste the chicken meal he was ready to order. But when the flight attendant got to our seats, he apologized, but there was no more chicken, only pasta with a tuna sauce. Ron hated tuna. But after pondering for a minute, he took it. “I guess I gotta get used to trying strange food,” he explained. You’ll be faced with totally new situations in university and whether it’s orientation week or trying to find a seat in a 400-person lecture, the best thing to do is go with the flow. I’m in France right now for a week before school starts and even just trying to order lunch is difficult. But you can’t hide from these challenges. Remember, the first time is always the toughest, after that it just gets easier.

Embrace Yourself
I asked Ron why he decided to go to Spain of all places. Aside from the weather, he said he chose Spain because it was like nowhere he’s ever been. A mover from Midland, ON (a town about two hours north of Toronto), Spain was a chance for Ron to experience a completely different way of life. This is what entering a new university is like. Want to try writing for a newspaper, volunteer in developing countries or get over that fear of public speaking? There’s clubs for all that and much, much more. Or maybe you’re got that #newschoolnewme mentality and want to completely reinvent yourself? There’s no better time than now. 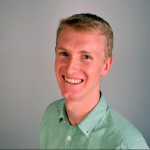 LEGOMania – A Powerful Burst of Nostalgia