As I mentioned in my introductory post, this year I’m starting fresh in Media Production after transferring from Creative Industries (a great program that just wasn’t for me), and since I’ve been in my new program for a month or so, I’d like to share more about what I’ve been up to, why I chose RTA, and some of my first year wisdom!

So, the thing about university is you get to try so many new things that you’ve never done before. Sometimes you really like certain areas more than others, and guess what: THAT’S TOTALLY OKAY AND NORMAL! When you enter into first year, you’ll have tons of great and scary experiences, it’ll feel like your brain is going to explode – but that’s a good thing, because it means you’re GROWING and getting SMARTER. But if you’re like me, and later on you realize you want to focus on a different area of study, something you’re really passionate about, that’s okay too, because not everyone has it all figured out from the get go!

After taking an RTA Video Production class in Creative Industries last year, I realized that this is what I should be doing, so I applied to RTA and hoped for the best. Everything ended up working out, and although it was frightening to leave C.I. (which I knew I enjoyed) and enter into the unfamiliar territory of RTA (which I only hoped I’d enjoy as much), it payed off in the end because I’m now doing exactly what I love.

Digital Media Production, Sound Production, Creative Processes, Media Theory and Practices, Philosophy, and English… first semester of my (second) first year has been unreal. The advice I give to all you soon-to-be firsties is: have an open mind. If you’re nervous or not absolutely sure you know what you want to do, there’s always time to figure it out and people who can help. So don’t fret! It’s all going to work out in the end! Leave us comments below and keep checking back for more updates from the Student Ambassador team throughout the school year. Catch ya later! 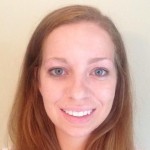 My Favourite Things about Ryerson in the Fall