The Donut Guide to Toronto

There is no snack more Canadian than a classic donut. While Tim Hortons donuts are good on points of convenience and price, Toronto’s donut scene has so much more to offer for your taste buds. We’re a city that loves donuts so much that last year someone created a donut map of the TTC! Use that along with this post to guide yourself to the best donuts the city has to offer.

Talk about Toast and Butter Tuesdays!

This Parkdale shop serves up some delectable donuts with some funky flavours like toast and butter, maple bourbon bacon, and London fog. They even have a rotating selection of vegan donuts, so all you animal-free folks can indulge too! Sometimes they offer mouthwatering features like fried chicken donut sandwiches, making the trip out to Parkdale well worth it. 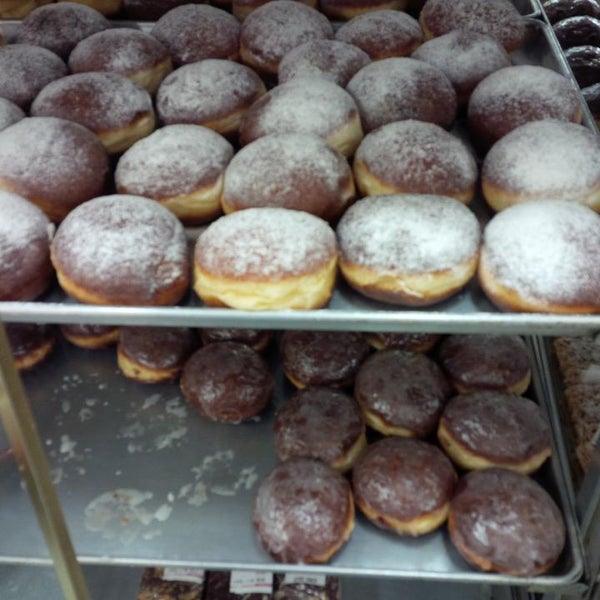 Benna’s Bakery and Deli is one of the largest food stores on Roncesvalles, the Polish area of Toronto. At the back of this wonderland lays a whole rack of fresh paczki, which are jam-filled glazed Polish donuts. Not only are these the most delicious donuts in Toronto, but they’re the cheapest too, coming in at eighty cents a donut, and no tax if you buy six! I recommend the mango filling, which will keep you full for hours afterwards (but that’s never stopped me from eating a whole box).

Strawberry rhubarb crumble! It's back! It's here! And lots and lots of other flavours too. Come and get it!

Through Being Cool Vegan Baking Co.

Vegans and non-vegans delight at the sight and smell of these donuts. This bakery and grocery store stocks classics like Boston Creme but also has some rare flavours like glazed lemon poppyseed. I’ve feasted on their sprinkle donut more than once, and I’m sure you will too once you’ve seen the size of it!

You’re going to want to go early if you want a bite of these vegan, gluten-free donuts. Located just outside Ossington Station, these donuts sell FAST. Don’t be intimidated by this all-vegan cafe, because these are some of the best donuts the city has to offer. I’ve never tried anything as fragrant and delicious as their pistachio rosewater donut. It’s hard to believe there’s no dairy in these deep-friend delights, as their flavours range from peanut butter caramel to cookies and cream.

“Donut cones” blew up last summer in Toronto, and there’s no sign the trend is dying down. These donut cones are actually an Eastern European dessert known as kürtőskalács in Hungarian, or chimneys in English. Ice cream and donuts are the best combination ever, making Eva’s Original Chimney’s a must-see on your donut tour of Toronto.