Arthur spoke nothing but the TRUTH when he told us that having fun isn’t hard when you’ve got a library card! As a writer and English student, I remain partial to libraries. Not only are libraries free, but they are great places to get inspired by the shelves of books that surround you. It is my theory that people only write in coffee shops because they want to be seen. Libraries are where the real magic happens, and Toronto has no shortage of beautiful book spaces! The largest reference library in all of Canada, I could stay at the Toronto Reference Library all day. The Reference Library is five floors of red-carpeted FUN! The library opened in 1977 and was influenced by the hanging garden of Babylon. Not only are there plenty of study spaces (both silent and group space), but the library also has a piano room, art exhibits, 3D printing, book clubs, and various programs throughout the year. If you can’t study without a coffee fix, there is a Balzac’s Coffee on the ground floor and a Tim Hortons right outside.

Out in the west end, the Bloor-Gladstone Library stands outside Dufferin station as one of the most beautiful libraries in the city. After a renovation in 2009, this library gained much acclaim by winning several national and international architecture awards. Once you take a visit, you’ll know why!

When the Student Learning Centre opened two years ago, everyone began flocking there to do their studies. After that, the library went overlooked as a study space, meaning you have a much better chance at finding a study spot here than at its sister building. I like the eighth floor the best, because it is a quiet (but not silent) floor and has windows that give you a birds-eye view of downtown Toronto! There are plenty of study rooms available to book here as well, which can be done online on their website. 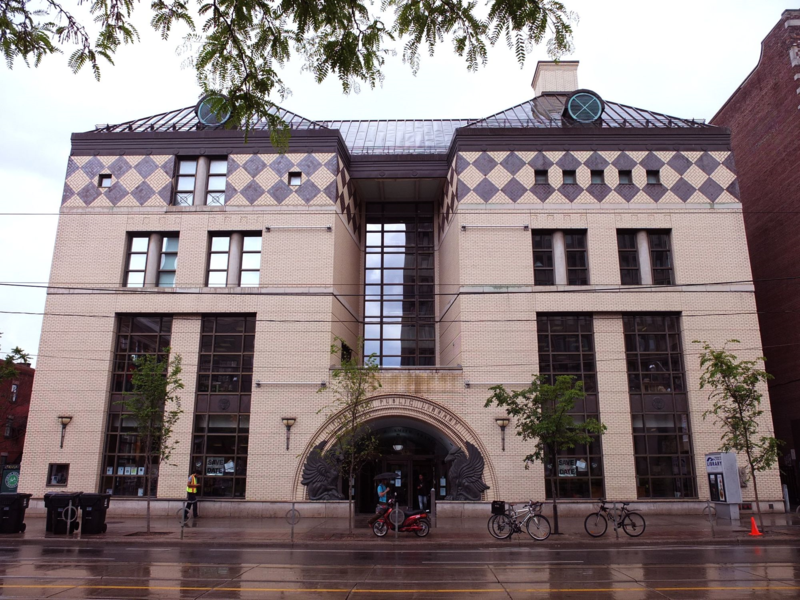 A winding staircase takes you up the floors of this beautifully-lit library, located near College Street and Spadina Avenue. Two stone statues, one of a hawk and one of a lion, guard the entrance to this building full of books, which features a special children’s collection. There are not as many study spaces here as at the previously mentioned libraries, but if you do snag a spot you will not be disappointed by the calming atmosphere and stunning architecture.

How I Survived 4 Years of Commuting to School