7 Myths about studying in Canada

Studying and living in a country other than your own can seem daunting. It’s not easy to leave home and arrive in an entirely new environment. To make matters worse, you may have heard a lot of things about the country which you aren’t sure are true or not. Fear not, international students! As someone who has lived in Canada for 17 years, I’m here to clear up some of the most common misconceptions about this country.

Canada actually experiences four different seasons. Summers can actually get quite hot. Think like, 30 degrees Celsius hot! Even the winters in the southern parts of Canada, where most of the population lives and where Toronto is located, are much milder than in the northern parts. I used to live in Thompson, Manitoba where temperatures could go below -50 degrees Celsius with windchill! I’ll take Toronto’s -20 degrees Celsius winters over that again any day.

2. Toronto is the only city

As great as Toronto is, Canada does have other cities! Toronto is just the most populated one. Montreal and Vancouver are among other popular travel destinations. Many also assume that Toronto is the capital of Canada, but that title actually belongs to Ottawa.

3. You must be able to speak French

Canada’s two official languages are English and French. Nearly 27% of Canadians, including myself, are bilingual in both. However, there is no French proficiency requirement to get accepted into Ryerson. Toronto is primarily an English-speaking city. Non-official languages like Italian and Punjabi are actually more commonly spoken here than French. You likely won’t need to know French unless you decide to pay a visit to our neighbouring province Quebec. 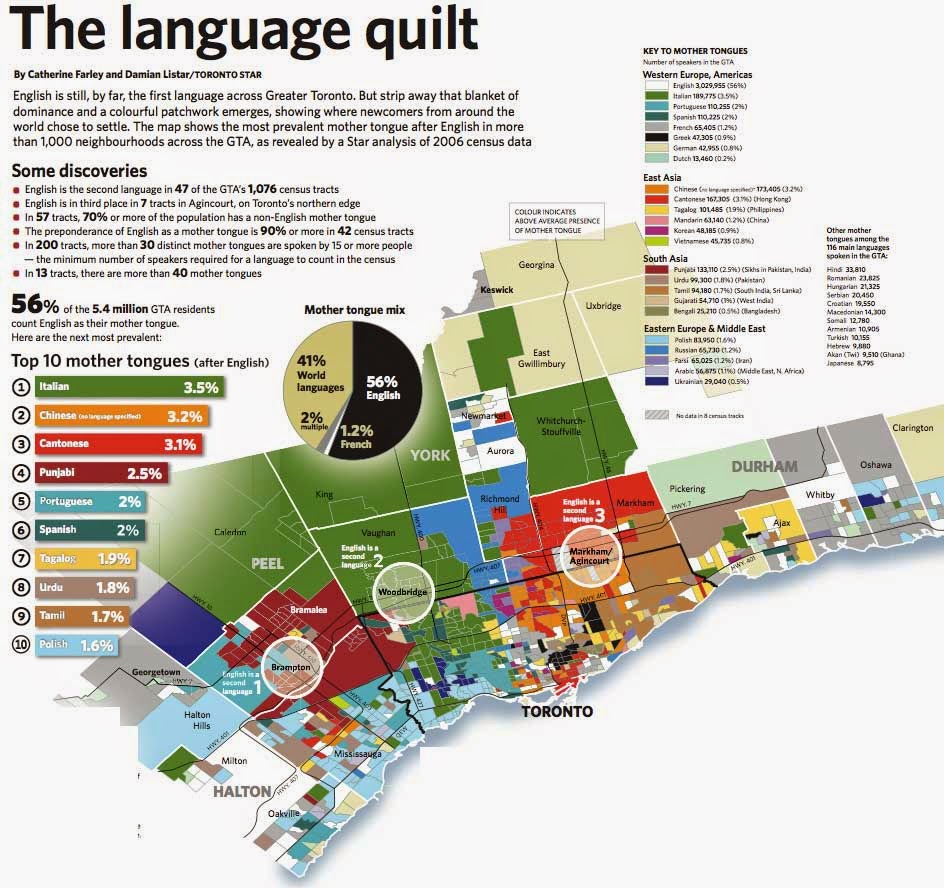 Not everyone here plays hockey, and hockey games are rarely seen as a big deal unless it’s a finals game or it’s the Winter Olympics. And if the Toronto Raptors’ win in 2019 taught us anything, it’s that other sports are just as important here. Students at Ryerson are involved in a wide range of sports and activities.

5. Moose and bears are everywhere

I mean—sure—but you won’t just find them roaming the streets of Toronto. The Canadian wilderness is vast, so there’s plenty of places where they can hide. Maybe if you’re lucky (or unlucky), you’ll see a bear or moose in the wild.

6. Not the place if you want to work in entertainment

Who says? Toronto is frequently used as a shooting location—it’s just disguised so well that you don’t notice it. The Boys, My Big Fat Greek Wedding and Shazam! were all filmed in Toronto! Big names like Aladdin star, Mena Massoud, and Schitt’s Creek co-creator, Dan Levy, graduated from Ryerson!

I hope you managed to learn something about Canada today and that you are able to join us at Ryerson in the future!

Jeremy Tobing
Jeremy is a fourth-year Mechanical Engineering student at Ryerson University. He is completing specializations in both Mechatronics and Management Sciences. Jeremy has been creating content for WhyRyerson since 2018. He most enjoys covering engineering, fitness and food topics. Follow Jeremy on Instagram: _jeremy_tobing
Related Posts

What I wish I knew before going to school in Toronto

The truth about online school