19 Reasons Why The #Ryerson2019 Class is Already Pretty Awesome

Just got accepted for @RyersonNewMedia at @RyersonUAR I honestly can’t believe it! #Ryerson2019 @RTARyerson can’t wait for next year!

I’ve been a waiting for this and finally accepted my offer!!!! #Ryerson2019 #FutureRam pic.twitter.com/gtjGFi4qZL

I was blessed with the news that I got accepted to my DREAM SCHOOL for this coming fall where i’ll will be studying Hospitality and Tourism Management. There are truly no words the fully express my excitement and relief after all this hard work. I can’t say this was easy and surely nit expected but I am so proud of myself for coming this far. I thank God for the strength he has given me and also family and friends who have seen me grow throughout the years. Ryerson here I come #Ryerson2019

Officially accepted my offer to Ryerson! Its gonna be a dramatic 4 years anD IM EXCITED FOR IT ALL!!! #theatreproduction

Got accepted to Ryerson!!!

Accepted my offer at Ryerson University for Sport Media!! Crazy excited to be a Ram next year!!

I GOT INTO FILM PRODUCTION AT RYERSON. For all of you that don’t know, this has been my dream program for a while! (And it’s one of the top film programs in Canada, aka highly competitive) This is one of my top three! I’m shaking. I can’t believe it… I can’t wait. #ryerson2019 #filmproduction #futuredirector #futurecinematographer #dreams

I have officially accepted my offer to Ryerson, to study Fashion this Fall

I have officially accepted my offer to Ryerson for the Sociology program!! I’m so excited for the fall!! #FutureRam pic.twitter.com/2Zast21z5O

Just accepted my offer at Ryerson University. So excited to start a new beginning and be a part in the Ryerson community. @RyersonU #TRSM

Accepted my offer to ryerson! pic.twitter.com/3V9yMAPMrm

I’m beyond amped to say I’ve officially accepted my offer to Ryerson Theatre School for acting! 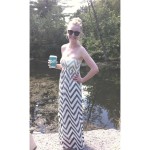 Mady
Hey guys! I'm Mady, a first year Graphic Communications Management student here at Ryerson! Hopefully by the end of my degree I will have my B.Tech and a minor in Law Studies and Professional Communication! This is my first year in Toronto and at the amazing Ryerson University, and so far I'm having a blast! I'm the GCM Course Union First Year Representative and I'm also involved with The Scope, Ryerson's new radio station! Follow my blogs to find out about my journey as a first year, life in residence and all sorts of amazing Ryerson events!
Related Posts

5 Reasons to Love Ryerson in the Summer